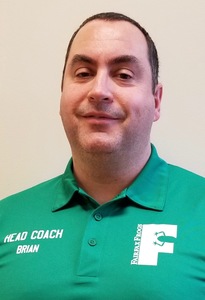 To those who do not know me, I am Coach Brian. I began swimming at the age of eight. I grew up swimming for the East Gate Gators in the MCSL (MD), and it was there I found my love for coaching. I was an assistant coach for the Gators from ages 15-18. I swam for Winston Churchill HS and for RMSC. After college, and four years as a head coach in the MCSL, I found myself relocating down to VA. It was there that I began to expand my coaching and worked as an assistant coach for TC Williams HS for one year.

After TC Williams, I joined WTW Woodson HS where I just finished my 11th season as co-head coach (the men's team had their most successful season in nearly 3 decades, winning Districts and Regions, and coming in 2nd at States, while the women's team were runners-up at Districts and Regions). Over the past 11 years, Woodson has won a total of 13 Patriot District titles (7 men's, 6 women's) and the team has 16 top 10 finishes at States. Go, Cavaliers!

From 2009 - 2016 I was a coach for the Mason Makos swim team, working with the High School, High School Prep, Junior Group, and Age Groups. I was the head coach for The Frogs for 8 years where we advanced from Division 6 to Division 2, but, in 2016 I had to step away.

I am incredibly excited to be rejoining the Frogs' family. My wife and I live in MD with our cat Cubby and our dog Merlin. As a coach I believe in hard work, attention to detail, dedication, and fostering a love of swimming. Sportsmanship is of the utmost importance and some of my proudest moments as a coach have come from seeing our team win the Sportsmanship Award. I loved all of my previous 8 years as a Frog and am looking forward to another amazing season. 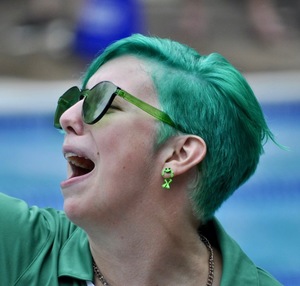 Anna has been swimming for the Frogs since she was six years old. She coached the Tadpoles for three years and has been a Frog assistant coach for the past four years. Anna swam year round with the Mason Makos club team and was a member of the Fairfax High School Rebels Swim and Dive team. She is a rising junior at James Madison University where she studies quantitative finance and swims for the Back to Back (2018, 2019) CAA Conference Champions Swim and Dive team. Go, Dukes!

Anna bleeds green and is looking forward to another fun season with the Frogs! 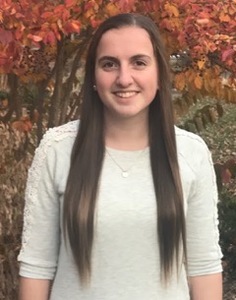 Sophia Rice Assistant Coach - 12 and Under

Sophia Rice is a senior at Fairfax High School, where she is a letter-earning athlete for both the cross country and swim teams and is also involved in band. She has been coaching with Swim with Beth for 6 years and has also spent 3 summers and 2 winters coaching with the Fairfax Frogs. Sophia began swimming in southern California at a young age and joined the Fairfax Frogs soon after moving to northern Virginia. She started swimming year round when she was 8 and currently swims with the Fairfax Foxes. Sophia has been giving private swim lessons for 5 years and has worked with children ages 3-14. She will be attending Emory University in the Fall. Go, Eagles!

She is devoted to creating a positive learning environment and helping all swimmers develop good technique and reach their goals. Go Frogs! 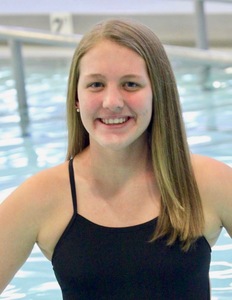 Ellie Shriver Assistant Coach - 12 and Under

Ellie Shriver has been swimming and diving for the Frogs since she was 6. She started as a Tadpoles coach and has been a Frog assistant coach for the past 3 years. She swims year round with the Fairfax Foxes swim team. Ellie is graduating from Fairfax High School this year, where she was a member of the Fairfax Rebels Swim and Dive team all 4 years. She will attend the University of North Carolina, Willmington in the Fall. Go, Seahawks! Ellie is looking forward to coach again this summer! 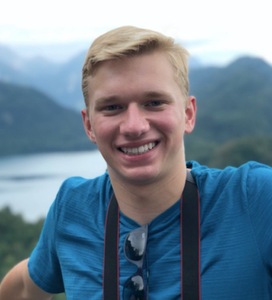 Ian Vollmer Assistant Coach - 12 and Under

Ian Vollmer has been swimming for the past 15 years and has been with the frogs for the past 3 years. He has been swimming year round with the Mason Makos and, recently, NCAP for around eight years. He received the MVP award from W. T. Woodson High School for the Cavaliers Swim & Dive team. He will be attending the University of Georgia this fall studying microbiology. He has coached with the frogs for the past two years as an assistant coach and tadpole coach. Ian is looking forwards to a fun season this summer! 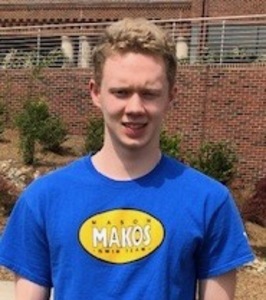 Kent Codding Assistant Coach - 10 and Under

Kent has been swimming with the Frogs since he was 4 years old. He also swims for the Mason Makos and the W. T. Woodson team. He started with the Frogs as a Tadpole and fell in love with the sport - swimming on the Frog team the next summer. As soon as he could, he became a Tadpoles coach. He then began his first season as a Frog coach in the summer of 2018. Teaching those smiling Frog swimmers how to do something that he loves every morning makes him really enjoy coaching. He is super excited to be back this summer! 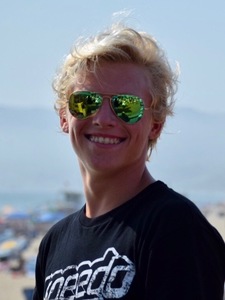 Peter Makin Assistant Coach - 10 and Under

Peter has been a Fairfax Frog since he was 4 years old and is a Frog through and through. He has been swimming with a club team since he was in Kindergarten and currently swims for Nations Capital Swim Club. Peter also swims for the Fairfax High School swim and dive team, where he will be a senior this fall. This will be his second season coaching and he is excited to share his love of the Frogs and swimming with the team. 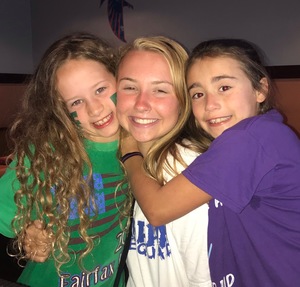 Izzy Manzione Assistant Coach - 10 and Under

This is will be Izzy’s second season as an Asst. Coach for the Fairfax Frogs. She has been involved with coaching the Tadpole program and Frogs Winter Swim. She currently coaches for Swim Smart at GMU. Izzy started swimming with the Fairfax Frogs as a tadpole at 4 years old. She has been competing in summer league meets since she was 5 years old. She started swimming with the Mason Makos when she was 6 years old and currently swims with the Senior Group. She attends Fairfax High School, where she will be a Junior next year and is on the Varsity Swim and Dive Team. Izzy considers the Fairfax Frogs part of her family. It has been a vital part of her growing up and she loves watching the young swimmers have fun at practice and meets. She has built life-long friendships during her summers with the Frogs and she thinks that’s the most important thing about summer league! 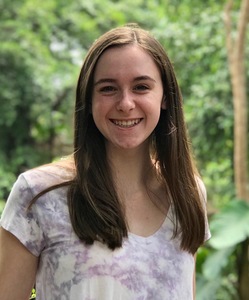 Alexis Johnson has been swimming with the Frogs for the past six summers, and coaching the Tadpoles for the last three. She is excited to return as the Tadpoles Head Coach this summer after an amazing program in 2018. Alexis graduated from Fairfax High School in 2017. She is a rising junior at the University of Tampa where she studies Environmental Science with a Minor in Chemistry. Alexis is ecstatic to return and cannot wait to meet all the new Tadpoles and to welcome back those returning!

Please support our wonderful sponsors - we are so grateful to all of them!

Click on any of the logos below to learn more about each of them!

Fairfax Swim and Dive is welcoming additional sponsors for the 2019 season! Click here for more information!